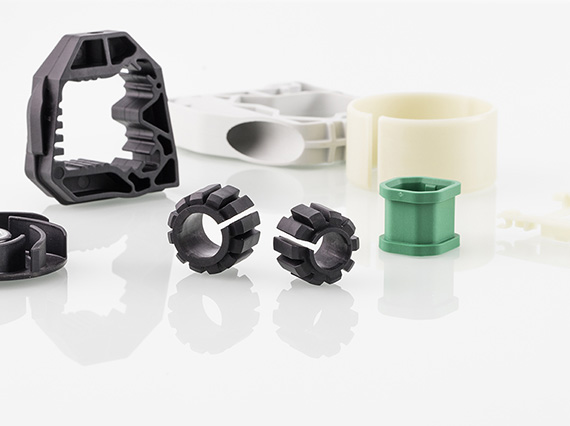 It is not the firs time in Zatec where we found this phenomenom known like Creep, a problem to bear in mind depending on some final applications. Like injection molding company of technical parts in engineering plastics located in Zaragoza(Spain), we help to our customers to chose the adequate raw material based on final requierements. As you can read as follows, we are going to explain you this problem of Creep. 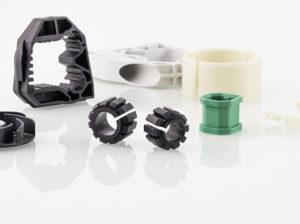 Sometimes, our plastic parts are subjected to constant strain during long time, and therefore, the deformation can increse up to break, even below the resistance of material.  Normally, we represent in a graph with deformation or strain based on time, according to tensile tests. A datum to bear in mind is the Young Modulus, very usefull for designers due to we can include this mentioned datum in ecuations of resistance materials or simulations about finite element method by computer to predict the behaviour during lifetime.

The raw material, composition and, obviously, the process of injection molding can influence in their properties, like creep. For example, some materials with glass fiber have a better behaviour for this phenomenom than other unreinforced materials, due to hardness. In fact, the most materials used in Zatec have a lot of content of glass fiber, but this tipe of reinforcement could generate a fragile fracture. By this reason, we must consider some extra additives like impact modifiers or conditioning the humidity in some higroscopyc poliamides, avoiding or minimizing the mentioned fracture, being ductile fracture instead of fragile fracture. 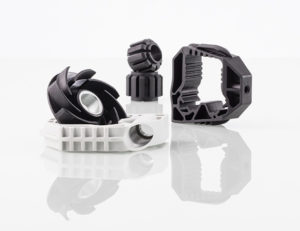 The failure in plastic part could be by excessive deformation and due to formation of cracks. Therefore we will have a non-functional piece.  The cracks can appear like an asnwer by applied stress, internal or external overcoming the intermolecular links like hydrogen or Van der Waals forces.

Some typical example is the break around of groves, where the final customer apply a force in screw due to tightening torque in the final assembly. Anyway the break could generates some time after.

Therefore, we can say like final conclusion, the creep is a combination of several factors that we must analyze before in the design phase to avoid the break by Creep.